Privacy Redirect hasn't been maintained since 6/12/2021. Many instances are hard coded. Some should be removed as they became offline and many others should be added. Many Pull Requests were left pending and waiting. So we stepped in. Later, we started improving it further by adding new features and frontends.

Why all those permissions?

Let's examine them one by one: 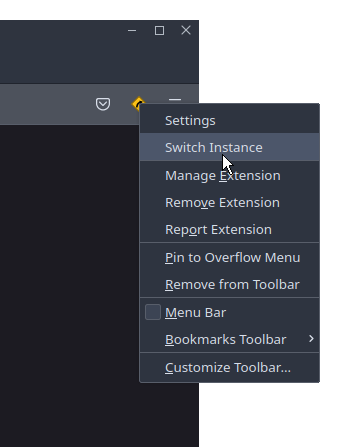 Where the hell are those instances coming from?

Almost every frontend project has a list of public instances. Examples: Invidious' official instances list, Nitter's official instances list. For frontends that don't have an instance list, we use our own, which you can find under src/instances. We fetch those lists using an automated python script. This script gets triggered every 3 days. We don't intercept nor modify the lists outside of removing urls that are not valid (the structure is not that of a url) and removing trailing slashes. They're not our responsibility: they're the projects maintainers'.

Why not using a single reputable instance?

LibRedirect is just a tool. We're not here to choose for you. It's your own choice. The default setting selects all instances except those using Cloudflare, but you can change it yourself.

We can't know which instances are reputable for you and which aren't. Every person has a different point of view. LibRedirect should follow your point of view, not ours.

Why not Manifest v3?

What is Unify Settings?

This feature makes the use of multiple instances consistent by unifying cookie settings such as theme, language, etc.